How I Fixed My Thinkad Yoga

The keyboard on my laptop (a 3+ year old Thinkpad Yoga) recently went on the fritz. My warranty was expired, so I decided to take it into the local shop to get they keyboard replaced.

Big mistake. The owner has no clue how to work with convertibles like the Yoga. He had to outsource the job to another person instead. It took him two days just to get a quote back to me, and the original 3-5 day estimate ended up taking almost two weeks. When I got it back, the TrackPoint wasn’t working (TrackPoints are pretty much the main reason I even have a Thinkpad these days). I asked the shop to fix it, but that ended up taking another two weeks.

When I got it back again, the TrackPoint technically worked (“my guy tested it” says the owner) but it still didn’t feel right. There was a lot more resistance moving the stick down / right than up / left, and on top of that, the keyboard as a whole didn’t lock properly when converting to tablet mode. At that point though, I was pretty fed up with the long turnaround, so I just took my laptop and decided to take a crack and fixing it myself. 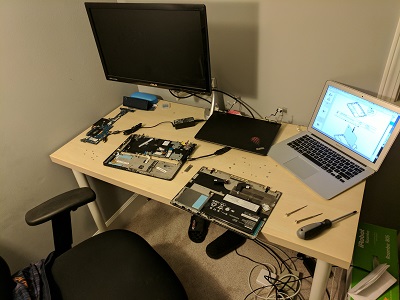 The Redwood City Public Library recently hosted a series of workshops on how to make comics. They also asked participants to submit a short comic for publication in an anthology commemorating the 150th anniversary of Redwood City’s founding. 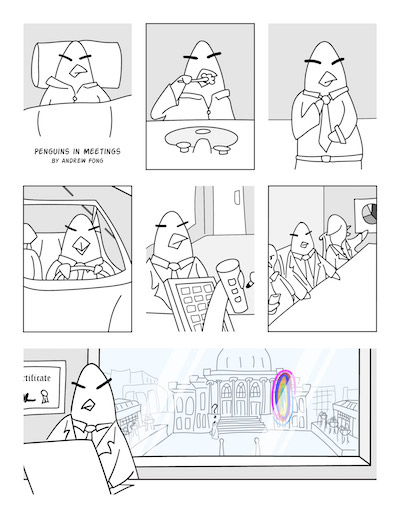 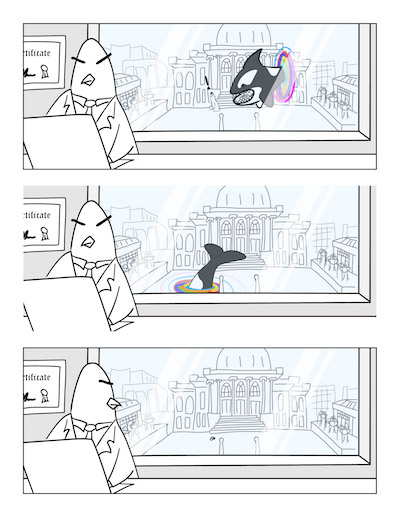 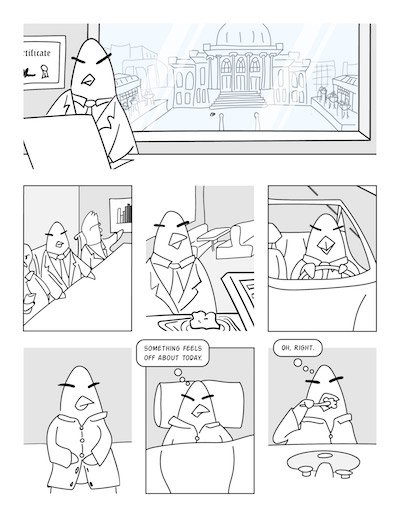 Inked using Adobe Illustrator with a stylus and convertible touch-screeen laptop. I’m still trying to get the hang of it. I like being able to draw directly on the screen (I don’t do so well with generic non-screen tablets). However, a lot of the software out there is still optimized for desktop (e.g. there’s a strong reliance on keyboard shortcuts but using your convertible’s keyboard in tablet mode is awkward). Illustrator has a touch mode, but it currently leaves a lot to be desired (e.g. you can’t access layers in touch mode).

Also, vector illustration software makes convertibles (well, my convertible at least) pretty warm and uncomfortable to hold for long. So it might be worth looking into an iPad Pro + pencil going forward.

Reposted from the Esper Tech Blog.

Although Esper started out as an OCaml shop, we also use quite a bit of TypeScript to build our front-end. “Why We Use TypeScript” would probably be a long post in and of itself, but this post is about how we use TypeScript to implement a small, open-source library that implements statically-typed route checking.

If you don’t care about the why or how, you can check out said library on Github or download the typed-routes package on NPM.

By routing, we mean taking some action based on a file-like string path. The path in question is usually a URL, and routing can occur on a web app backend, by the frontend for a single page app, or even by a mobile app.

Probably the most popular way of representing routes in JavaScript-land is an Express-style path (which is typically implemented using the path-to-regexp package). An Express-style path looks like this: /path/to/:arg1/:arg2. It matches /path/to/abc/123, and it captures the third and fourth parts of that path inside a param object that looks like: { arg1: "abc", arg2: "123" }.

This works well enough, but it’s not ideal from a static type-checking perspective. In TypeScript at least, /path/to/:arg1/:arg2 is just a string. There isn’t much it can (currently) do to parse out the parameters. Nor is there much it can do to verify that arg2 is an integer.

However, Redux is overkill for state that’s local to a specific component (e.g. is this dropdown open?). Redux’s state management is, by design, independent of React’s component architecture. Separating presentation logic from your state management code is great, but a standard React-Redux implementation (even using the helpful react-redux library) still requires a lot of glue code to hold everything together. Even simple state changes require all of the the following:

The simplest alternative to this is to just use React’s setState function. But this deprives us of Redux’s dev tools and other benefits.

To address this, I spent part of this weekend writing react-redux-set-local. The name’s a mouthful, so let’s call it RRSL.

Javascript, React, This, and Programming Fundamentals

A friend of mine was teaching herself React and got confused by how the this keyword worked in JavaScript. Someone told her it was like self in Python. It’s not. So I typed up a longish Gist on how this works and how it applies to React. It’s not the only explanation of this out there, but I couldn’t find one that tied into React, so … there it is.